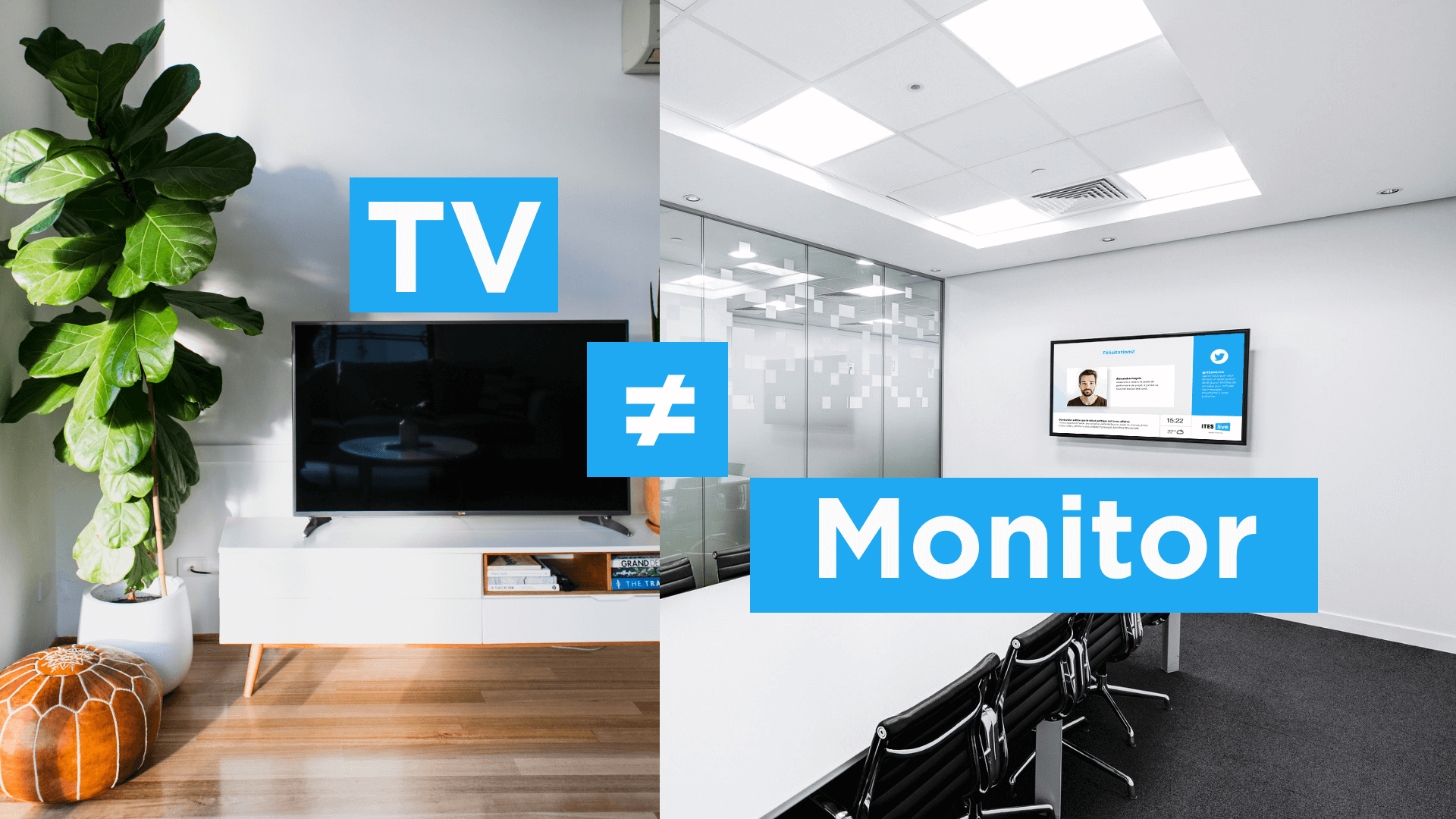 What are the differences between televisions and digital signage monitors?

Although televisions and digital signage monitors are physically very similar, they each have elements that can be quite different. The main differences reside in built-in features, duration of use, brightness levels, warranties, and the orientation in which the screens can be installed.

The first factor, which is also the most important, is the built-in features. It is usually possible to install digital signage software directly in a digital signage monitor. It would therefore be useless to use an additional external device to run the software. However, for televisions, you would need to invest hundreds of dollars more for a small Windows, Linux or Android computer to be able to run the digital display software, and you would need to connect it to the screen.

The second difference is the time during which the screen will be used. Digital displays are designed to be on 24/7, whereas televisions are built for an occasional use – a few hours a day only. Using a television for digital signage purposes during extended periods would wear it out prematurely.

Brightness is another important factor to consider when making a choice between the two options. Televisions are not designed to provide high brightness levels because, in theory, they don’t need to cut through ambient light and counteract glare coming from commercial environments. As for digital displays, they can be up to 8 times brighter than televisions, and usually can provide brightness levels between 400 and 4,000 nits (nits are the unit measuring light intensity of a surface; the higher the number, the brighter the screen).

Televisions and displays can be sold with different types of warranties. It’s usually better to choose longer basic warranties to avoid costs from potential problems. Basic warranties provided with digital signage monitors usually cover three years, whereas the regular warranties for televisions are much shorter – most of them are valid for only one year.

Another difference between these two solutions: the orientation in which these screens can be installed. Televisions can only be displayed in “landscape” mode, i.e., horizontally – they are not designed to be used in “portrait” mode. Digital displays are therefore more flexible since they can be easily installed both horizontally and vertically.

Finally, one last differentiation point – or, in this case, a resemblance – is the price. Unless you are buying a lower-end television (for which the price difference with digital signage monitors is much more significant), for middle range equipment, televisions aren’t necessarily less expensive than monitors. For example, a 50-inch digital signage monitor costs about $1,500.

In conclusion, digital signage monitors are the better choice, both in terms of quality and of price. For this scenario, it’s worth looking beyond the old “best value for money” principle. 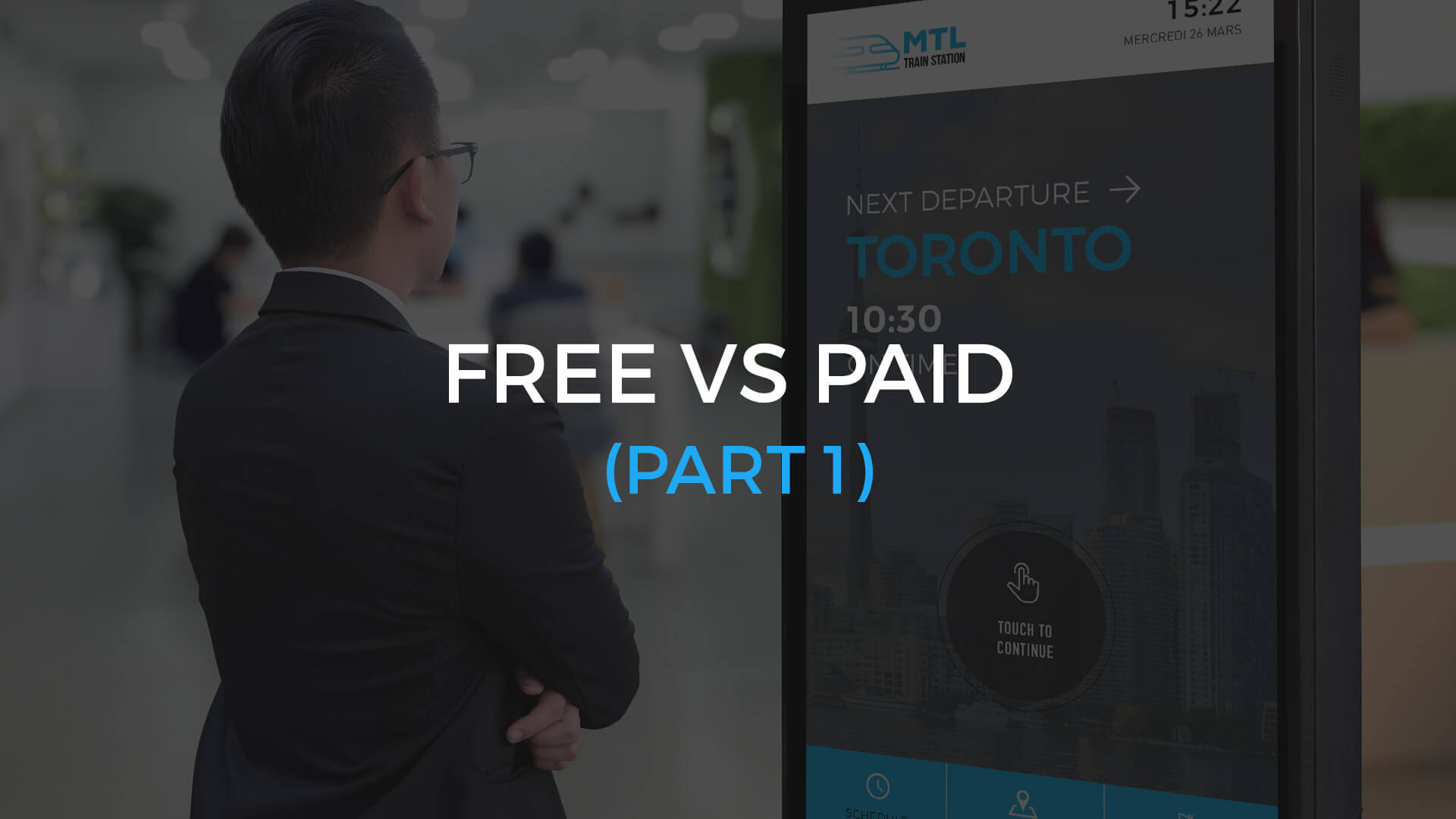 Should you choose free or paid digital display software? (Part 1)
Digital signage Software Free vs Paid You've been hearing about digital signage and you know it... Read More
Articles

Should you choose free or paid digital display software? (Part 2)
Digital signage Software Free vs Paid You know about digital display, but are having some trouble... Read More
Articles 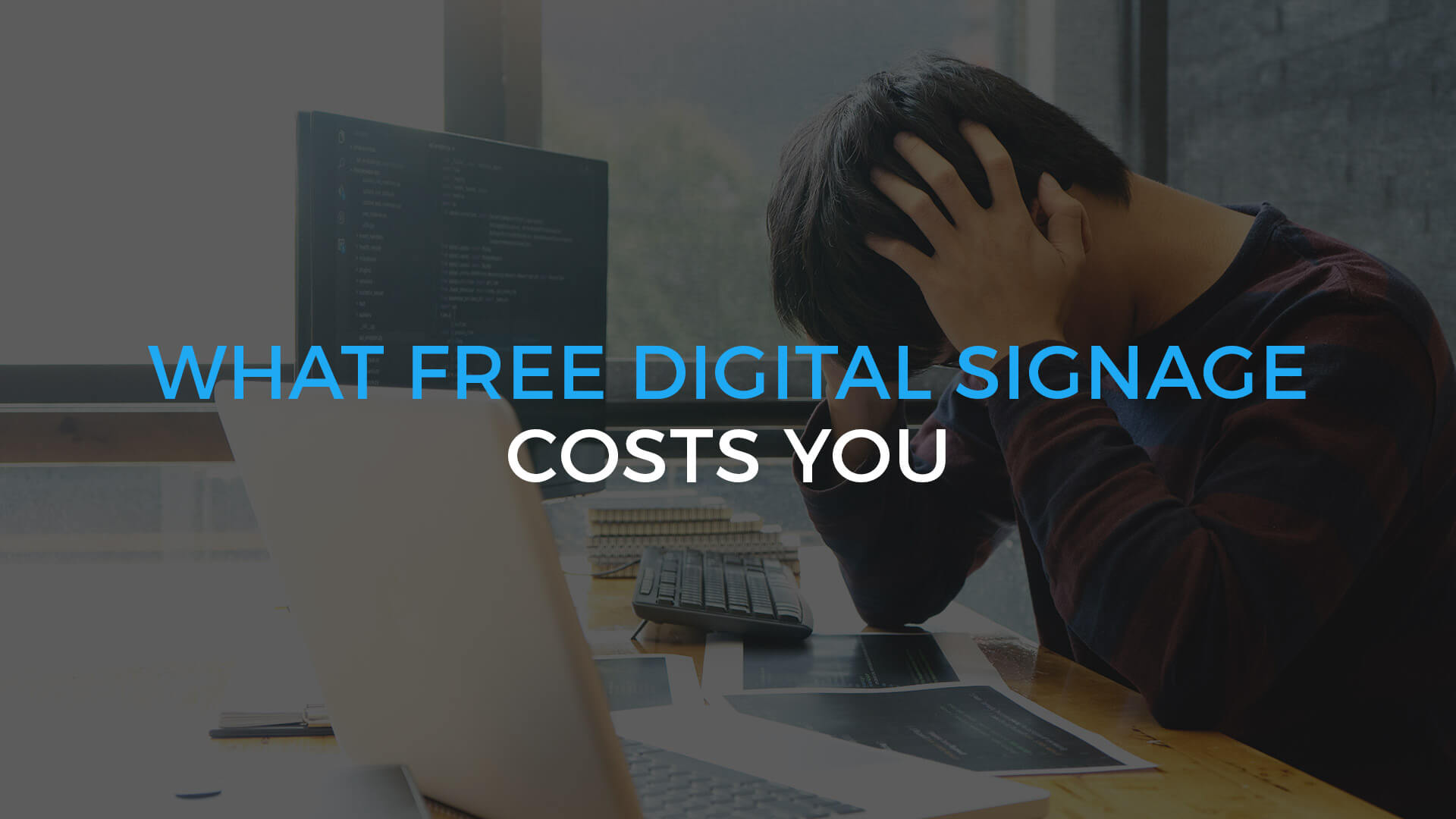 The Real Cost of Free Digital Signage Software
Do you remember the last time you downloaded a new, free software for your business? You had to... Read More